Since we’re at the height of the Sochi 2014 Winter Olympics, I’m taking this opportune moment to look back on previous Olympic venues — like that of Seoul (host of the 1988 Summer Olympics), and a look forward to the next Winter Olympics (to be held in PyeongChang in 2018):

It’s incredibly easy to go to Seoul Olympic Park (or Olpark) – just get off at Mongchontoseong Station (몽촌토성) situated at line 8, exit 1. From the city center the journey via subway (pink line) takes 45 minutes.

You can see the signages leading to the park within the subway station, already emblazoned with the 2018 Olympics!

A few more steps up, and you will be greeted with a fabulous sight – the World Peace Gate: 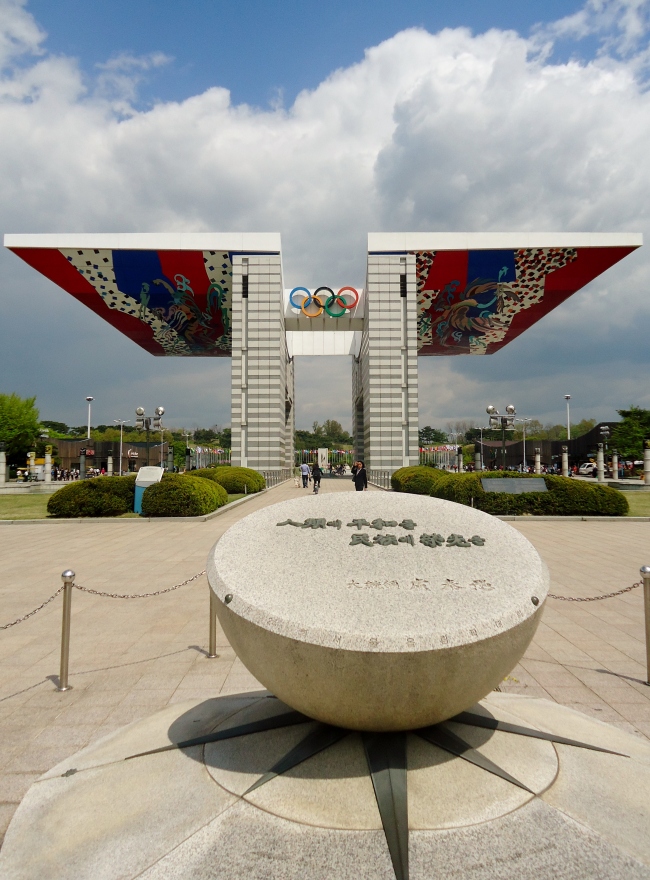 There is an hourglass sculpture once you pass through the arch, surrounded by a gallery of flags symbolizing the nations that participated in the games:

You may not notice at first the stones formed neatly in a circle (at the foot of the hourglass) – these were actually brought in by the individual countries to be placed there — adds a neat touch to signify unity.

There are these cute and crazy totem poles on the sides of the entrances to the main areas (doubling as street lamps):

The sun was up while we were there, with a wonderful breeze it was perfect for a stroll in the park. I spent quite a while going through the length of the parade o’ flags and trying to identify each country:

Behind the flags is a sprawling park, with a pond, fountains, foot bridges and green scenery. 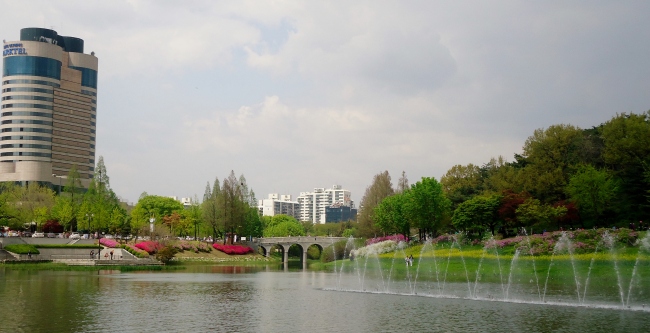 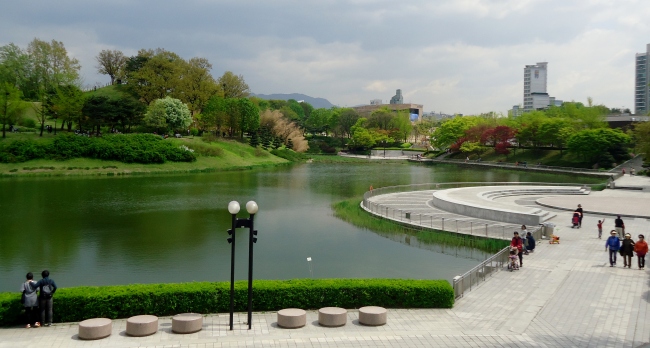 There are grand inscriptions of the XXIVth Olympiad at the walls facing the pond (just at the bottom of the flags as you may recall): 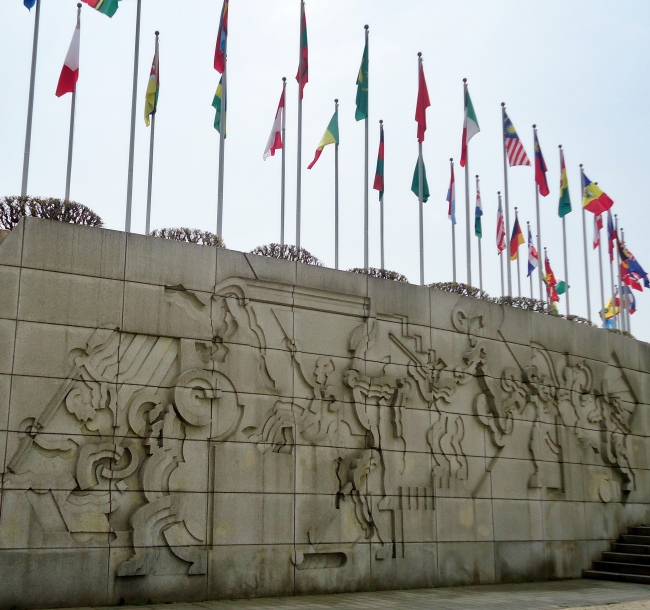 High noon in the park but didn’t have enough time to explore the major stadiums, arenas and such surrounding it. Maybe next time!For the curious, you can sneak a peek through the official Olympic Park website’s virtual tour.

Returning to the station, I cannot resist a photo op with (the image of) Kim Yu-na 김연아, world-famous figure skater (in fact, the 2010 Vancouver Olympics Gold Medalist) whose star power was instrumental for PyeongChang‘s winning bid. (Definitely excited to see her compete later this week in Sochi, and I wish by 2018 she’ll still have her skates on for hometown glory!)

Singapore, SGMay 23rd, 2014
Third time's the charm... trekking on the roads less traveled (and maybe give in to the usual tourist essentials)

Doing it Down Under

Sydney & Melbourne, AustraliaMay 26th, 2014
1 week in two of the world's most livable cities... how about giving it a test run? Ahoy matey!